Joined Apr 29, 2005
·
74 Posts
Just curious if anyone has completed the cd009 swap on a 7mgte swap ? Search but not much information came up on swapping the cd009 onto the 7mgte beside the 1jz and 2jz. Any information would be great :bigok:
C

Joined Dec 1, 2007
·
844 Posts
You'll have to excuse the poor picture quality, potatoes can only get so good of a picture under the best of conditions.

CD009 attached to the block, R154 above. R154 is sitting lined up with where it would be if bolted to the block to give an idea of how much longer the CD009 is. 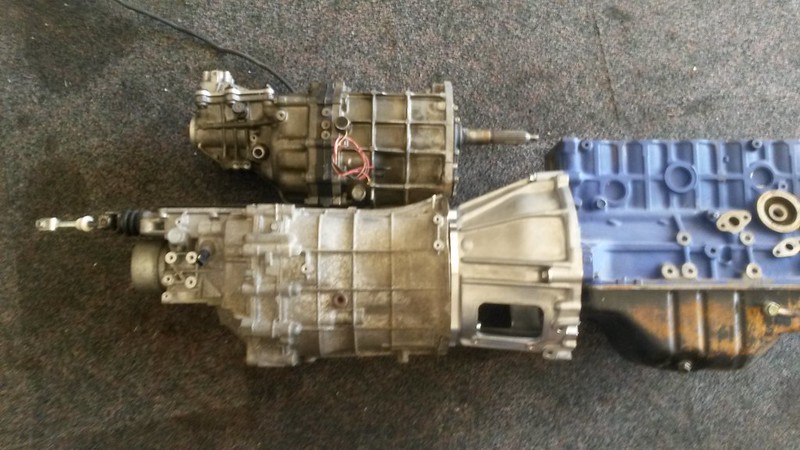 Top view size comparison, R154 lined up with it's normal position when bolted to the block. 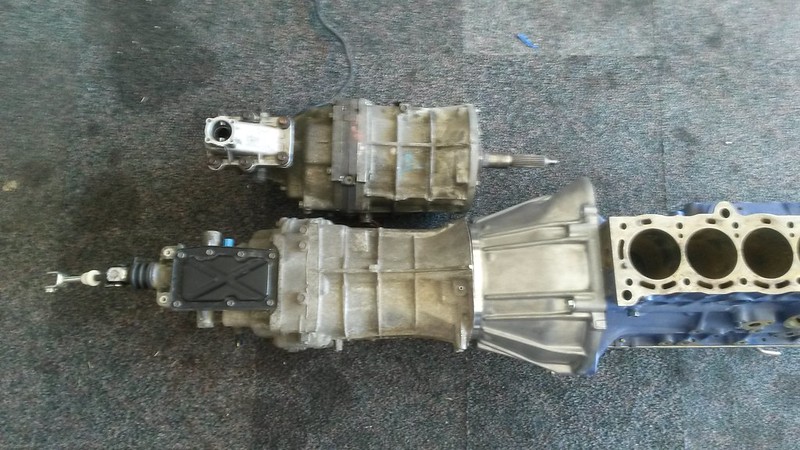 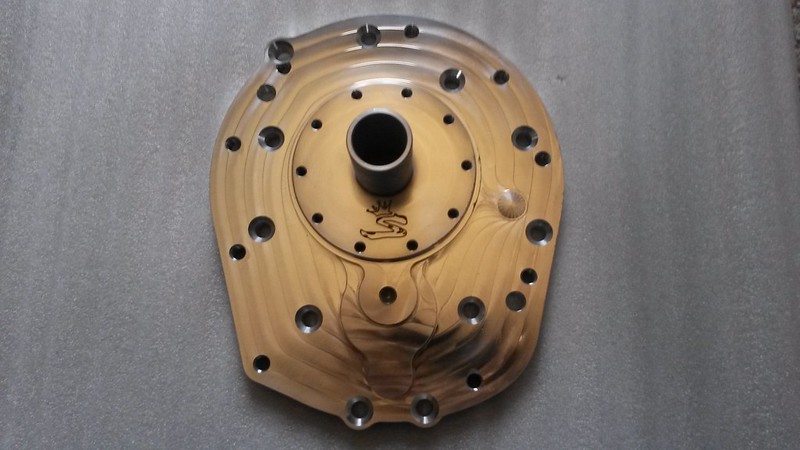 I don't have any (relatively) good pictures of the tunnel mods needed but I ended up needing to remove the driver side trans mount on the tunnel. (Ghetto fuel filter mount is long gone) 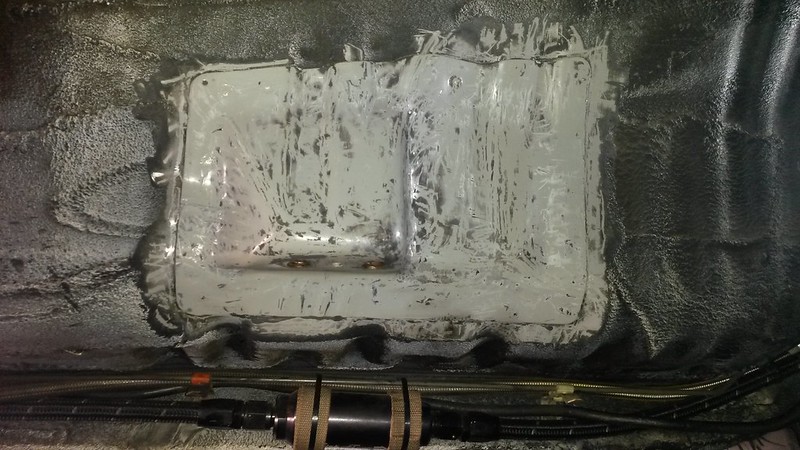 You can kinda see a few of the areas that need clearancing on the driver side of the tunnel. The larger welded in piece towards the rear on the side is for the reverse light switch. The area around the shifter needs to be raised roughly 1" for clearance on the top mount shifter. The area outlined with sharpie between the reverse light switch push out and the dash mount bracket eventually got cut out and replaced with a new piece of sheet metal that was bent to give extra clearance but a hammer will actually work here if you're not picky like me. The area under the dash mount bracket needed roughly 3/4" extra clearance up and out. 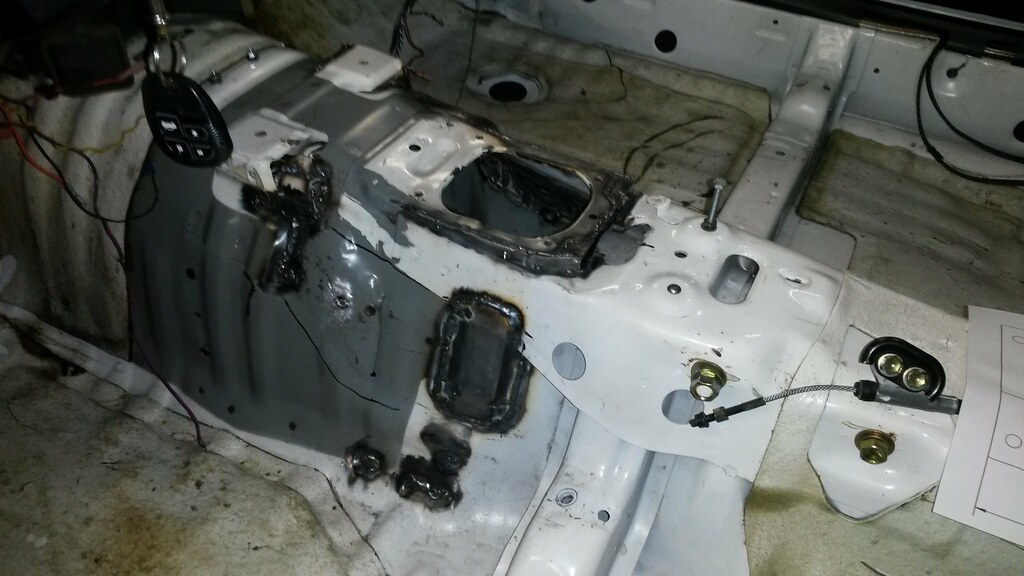 Passenger side needed significant clearancing and I don't seem to have any good pictures of that. I'll try to get some pictures from the underside to give you a better idea but for now a picture of the tunnel already covered in sound deadening will have to do. 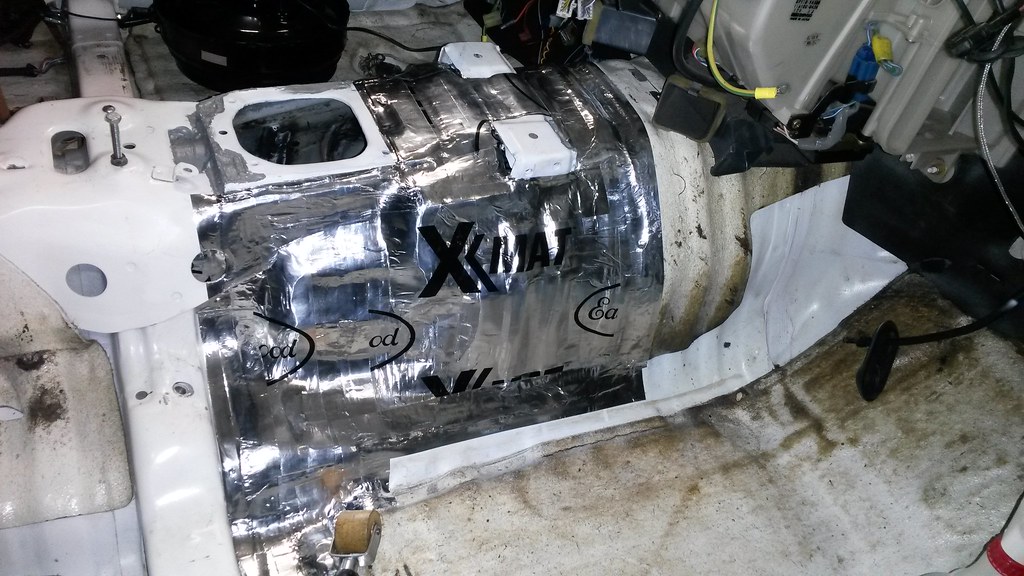 Final shifter location. Shifter is made by CBF performance. Last I heard he was pretty much only on Facebook now. 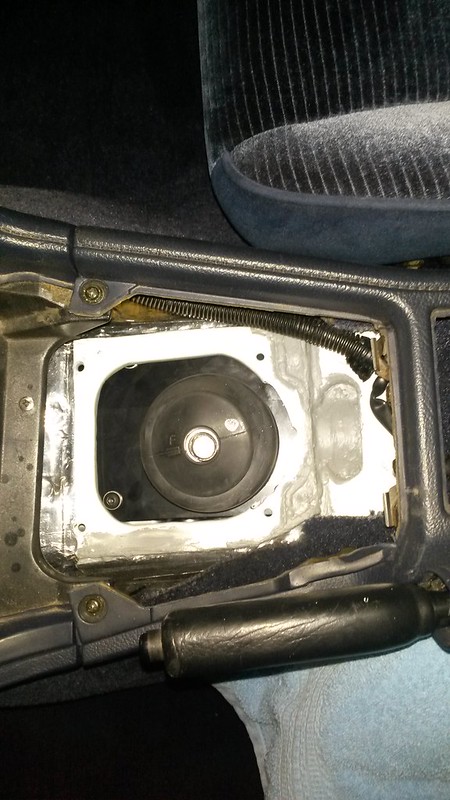 Trans mounted to motor and in the tunnel fully. 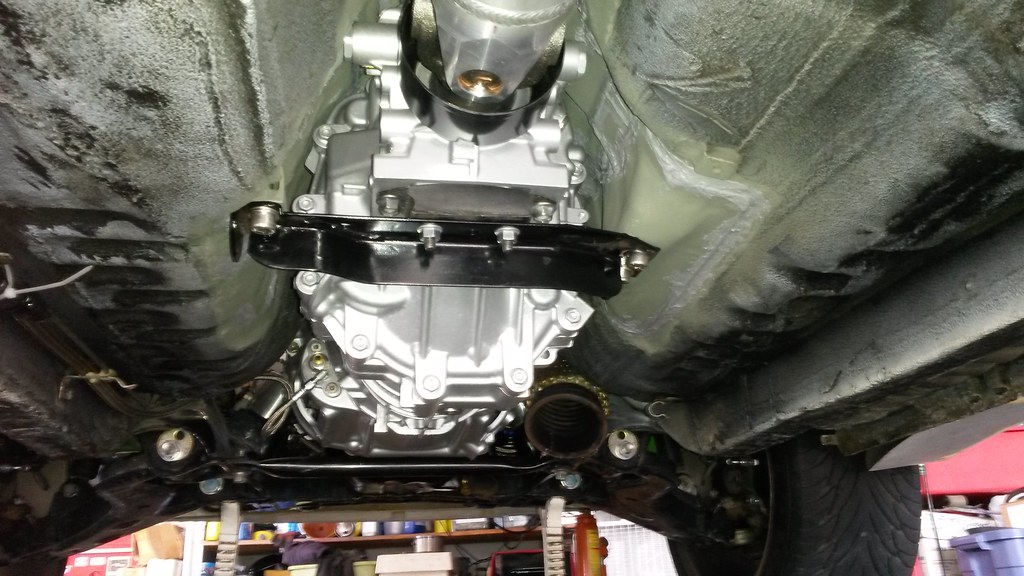 Clutch can be as simple as having an aluminum spacer made to bolt to an OEM flywheel with a friction surface to work with a Nissan clutch disk/pressure plate. I had Clutchmasters do a complete kit for me using their 850 twin disk. 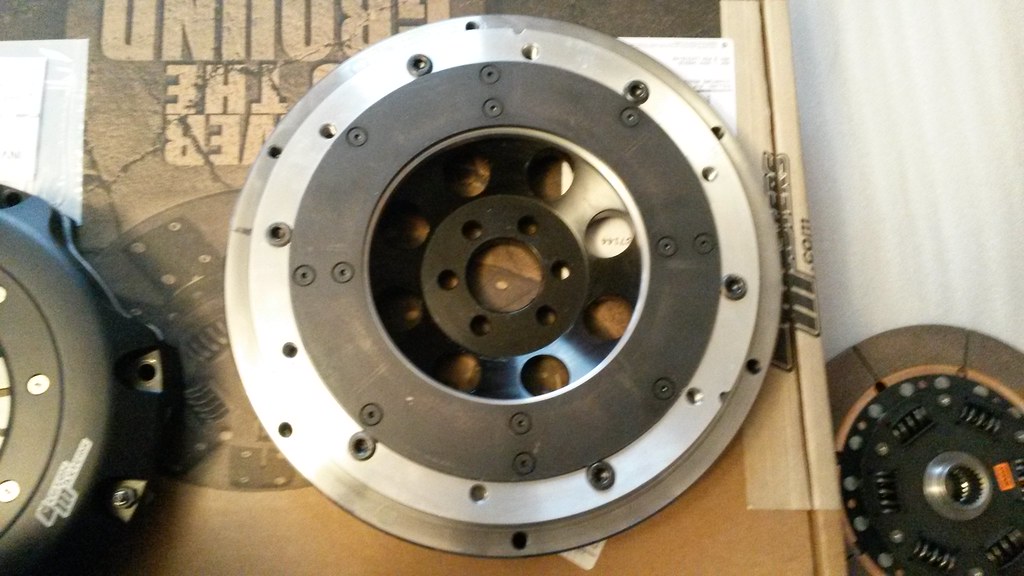 Overall, not the easiest thing to do especially without fabrication tools and experience. And then you have to consider the gearing change. The ideal rear end ratio for this trans is in the 3.50:1 range and there's not much available that bolts into the OEM diff. A 3.73 is doable but highway speeds are terrible unless you like cruising around 4k rpm.

Wreckless said:
Alan, you're a badass! :beer:
Click to expand...


mk3TT said:
Thank you !!! that really clears everything up ..
Click to expand...

Correct. Can't remember if I met Wreckless before or after SupraForums but that's essentially where that comes from.

A 2JZ/V160(any 6 speed really) would be a much easier swap and would probably end up running approximately the same cost depending on how much clutch you need. Grannas even has a T56/TR6060 kit for the JZ that can work in the MK3, yet another option for those with a JZ. Us dedicated 7M guys are pretty much left on our own coming up with stuff like this so this is the extreme we have to go to.

Driftmotion has a 29 spline upgrade kit for the stock MK3 rear end that can supposedly take a 3.58 (they offer a kit using an OEM take-off for this ratio) which would put you real close to the 3.54 the 350/370z has. I just don't have any experience with it and naturally they didn't offer that when I did this swap. I feel like I've seen Piratetip do a MK3 diff with a 3.5x ratio before too.

I did find a few more pictures buried in my phone that I'll unearth later this evening and post for reference.

And it turns out that CBF Performance has a web site now where you can buy the shifter or a whole kit: https://cbfperformance.net/
C

Joined Dec 1, 2007
·
844 Posts
Here's a decent pic of the passenger side of the tunnel with the trans fully mounted. The perspective makes it pretty hard to tell just how much the trans interfered with the tunnel and that excessive cut along the bottom over the sheet metal trans mount make it look worse than it really was. I truly can't remember why I cut that out either. 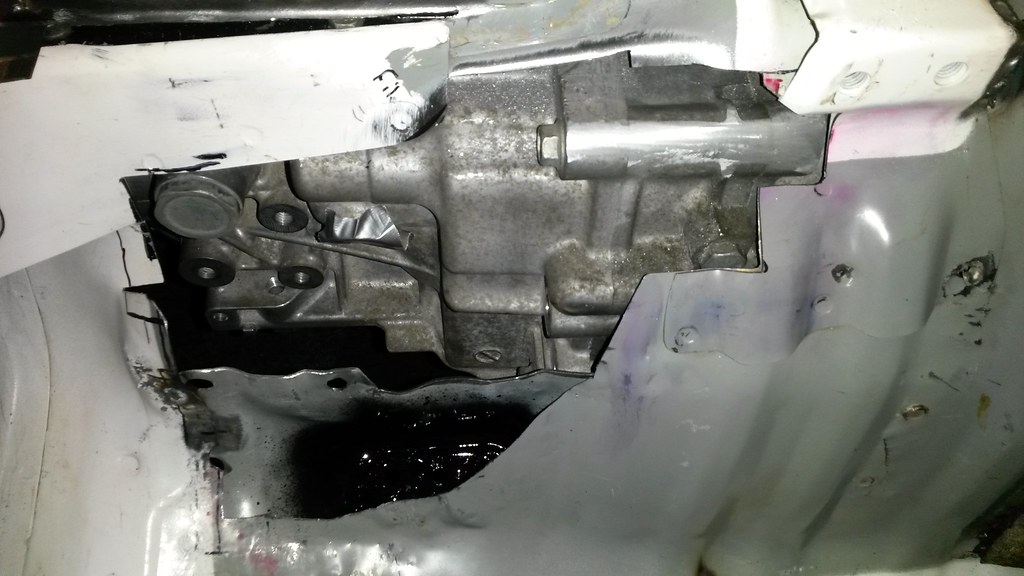 This gives a slightly better perspective of the fit to the tunnel. You'll note the slight grinding on the transmission itself to help with clearance. It's not much and seeing as that's a critical bolt you really can't get much space from doing that. The white sheet metal at the top of the picture going up is the dash mount on the tunnel. 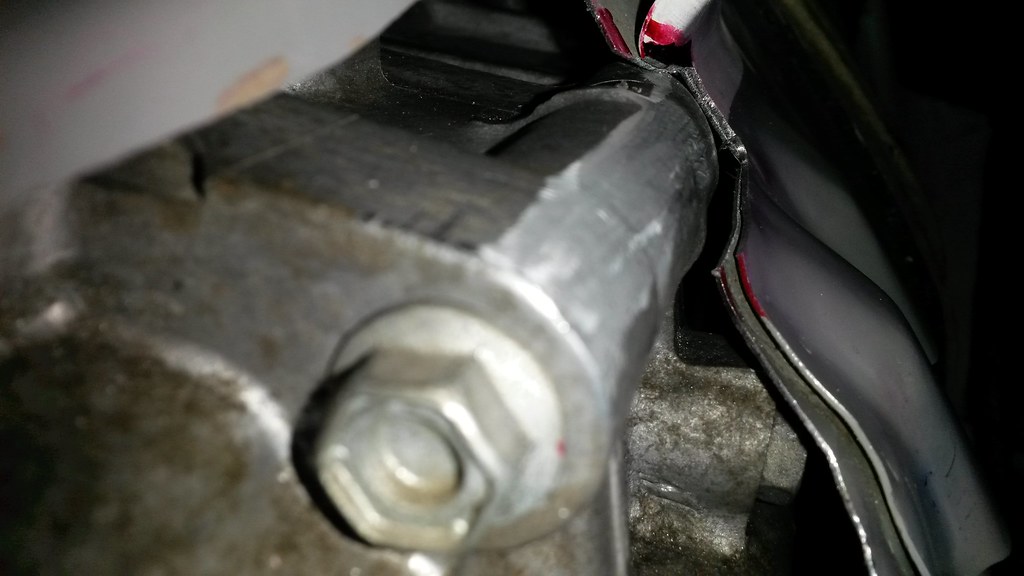 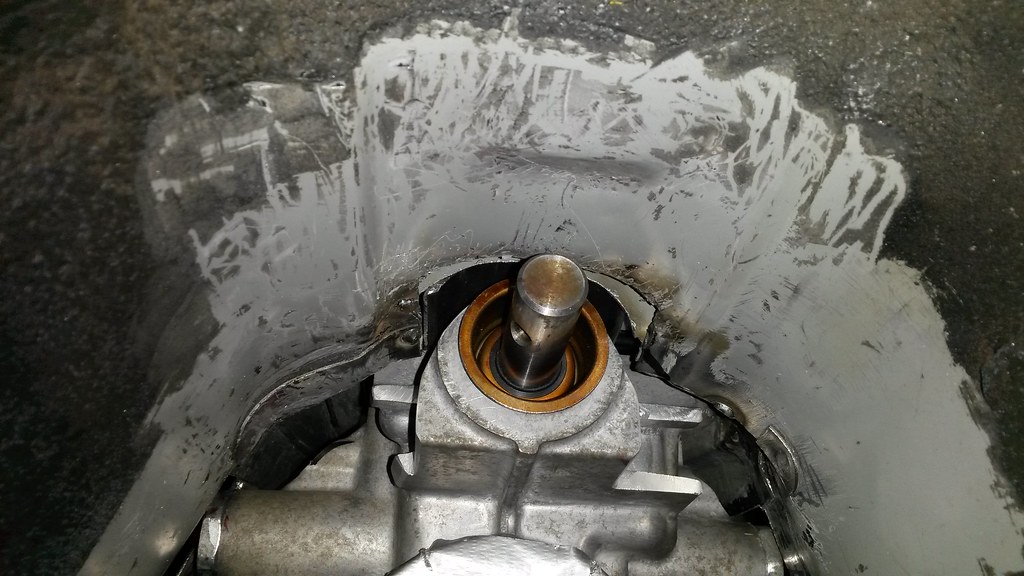 Joined Feb 1, 2019
·
82 Posts
Thanks for posting all that info! I was wondering about the viability for myself...not gonna happen having seen it, but good to know.
T

Joined Jun 26, 2006
·
3,266 Posts
The bell housing is machined off,
then the adaptor plate is bolted to the front bearing cover.

The other way is to machine the bell housing off, and weld an adaptor on to make it bolt up to a Toyota bell housing.
I chose to go that route with another Nissan trans, the F56R92A.
Yes, the weak as shit S15 6-speed, but I'm using the HPI built close ratio, that takes 400+ HP.

I spoofed with the guys on JZXProject, told them that it was cut apart with a wood saw...


One guy actually fell for it... He didn't notice that it was bolted down to a milling machine.


Then did a whole lot of more machine work to be able to get to bolts under the adaptor in order to assemble the trans.
The center is actually a separate piece, that goes in after the trans is assembled.


Went with a coaxial throw-out bearing to simplify clutch actuation.


Here it is, just short of welding.


On another note, have seen people using a BMW trans also, just never paid attention to the details, as it, like the Cd009, has lousy ratios.
I couldn't use due to my all motor, narrow power band engine.

Joined Jun 26, 2006
·
3,266 Posts
Then the other option is an adaptor to bolt on an American 5 or 6 speed.
Some of the Tremec 5-speeds can be had with close ratios, and will take decent power for around $2000.
Here is one I had years back, that I was going with a T56 6-speed.
(the after market close ratio version that would work with the Toyota diff ratios available)


This was also designed to use with the 7M auto bell housing.

sixpack said:
I spoofed with the guys on JZXProject, told them that it was cut apart with a wood saw...

One guy actually fell for it... He didn't notice that it was bolted down to a milling machine.
Click to expand...

That's a hell of a custom piece to make that all work together! A high revving 400hp NA I-6 with a close ratio 6MT sounds fun, though.

i'd sure hope it is with how much work it is to fit then the issue of gearing and shifter placement. now that you can buy a new r154 seems like there's no reason of swapping unless you want to run 800whp or more and really hammer it.
C

i'd sure hope it is with how much work it is to fit then the issue of gearing and shifter placement. now that you can buy a new r154 seems like there's no reason of swapping unless you want to run 800whp or more and really hammer it.
Click to expand...

I would explore all of the options out there before considering the effort behind getting a CD009 in and working properly.

CD009s have been proven to 1200+whp with heavy use on the drag strip and have much beefier gears than the R154. I only know of one R154 that has handled 1000hp and heavy use at the track and that's the one in Duanes MK3. Not saying there aren't any more out there, that's just really all that's widely known about. A new R154 seems to have a far better chance of holding up to high HP than an old one but I am still not sold on it.

Unfortunately there really wasn't any other options when I started this. PGS gearsets were nothing more than a rumor and there certainly weren't any new R154s around. The Tremec adapters were essentially nonexistent.

sixpack said:
If I can, I will try to get the guy who bought my Tremec adaptor to take it some where, and scan it, so it can be duplicated.
Click to expand...

That would be awesome. But if not that's on my list of projects after I get my MKIII back up and running.


KenHenderson said:
Are these new R-154s for the 7M-GTE or only for the 1JZ cars?

They are for the JZX100 chassis so they are intended for a 1JZ. The bellhousing bolt pattern is the same as your standard R154 though so you can bolt a 7M bellhousing on. The tail housing is designed for a tripod mount shifter so you will have to buy the adapter kit from Driftmotion to fit into a MKIII.

On paper the JZX R154 should be better than the MA70 R154 if for no other reason than being new. The shifting feel should be better as well thanks to 3 piece syncros and ball bearings on the shift rods instead of bushings.
1 - 20 of 23 Posts
Join the discussion
Continue with Facebook
Continue with Google
or sign up with email
Recommended Reading
Read More
Read More
About this Discussion
22 Replies
11 Participants
Last post:
sixpack 10 mo ago
Supra Forums
Supra Forums is the largest online Toyota Supra MKI, MKII, MKIII, MKIV and MKV owner's club community. Discuss DIY, modifications, and upgrades.
Full Forum Listing
Explore Our Forums
MKIII (1986.5-1992) MKIV (1993-1998) Other Cars For Sale/Wanted - Parts, etc. Members Rides
Popular Communities