Joined 2 mo ago
·
5 Posts
I am now working out in Osaka, Japan and have decided I will finally go and find a MKIV supra before it’s too late.

Lots of nice looking cars going around but most with millage 120,000-160,000km. To get below this you are looking at crazy prices.

I am looking for turbo model, I know a lot has to do with history and how the car has been treated but what would be the Km that people would tend to walk away from. Any other advise on what I should look out for while viewing would be great.

My plan would be to send it back to UK when I leave Japan. I guess the value of these cars will continue to rise for a few years yet and would be able to get my money back down the road.

Joined 2 mo ago
·
5 Posts
So up to 160,000 with good history wouldn’t be a bad thing. How many km will the engine last for if maintained properly?

Joined 2 mo ago
·
5 Posts
Ones I’m looking at are around 4m JPY. Look super clean in picture but in person it could look a lot different. I will be keeping it for a while, would have no plan to sell but plans change.
Thanks for the info.

1993 Supra NA-T
Joined Sep 14, 2018
·
48 Posts
I purchased my Mk4 from a military man who had it shipped back. It had an ugly body kit and a shit respray. It's also the cleanest car i've ever worked on. Granted it had 87k kms on it when I purchased. Not a spot of rust, even on the liftback, and the body is straight as an arrow. No signs of an accident ever, and I have yet to find a rusted bolt on the thing. While it is low mileage, the car was ridiculously cheap for what it was. I wouldn't be scared of a higher mileage car - as I would rather have a car that has been driven regularly - rather than sat in a garage for years.
M

Joined Mar 29, 2017
·
42 Posts
Use these guys to do a background check on whatever MK4 you are interested in 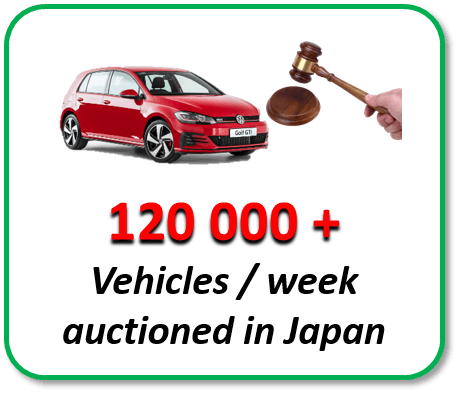 I used them 3 years ago when i had my 6spdTT imported from Japan to Canada. They do a thorough background check to see the car's history, accident reports, tampered odometers etc.

Scary part was, when i got back the report and told them everything matched up with the info my importer got me, they said I was lucky cause that is rare lol.

Often they can find if a car has been in and out of auctions/sale and mileage doesn't match.

SupraLB;7734915 said:
Was it over when the Germans bombed Pearl Harbor?
Click to expand...

Manilaice said:
Use these guys to do a background check on whatever MK4 you are interested in

I used them 3 years ago when i had my 6spdTT imported from Japan to Canada. They do a thorough background check to see the car's history, accident reports, tampered odometers etc.

Scary part was, when i got back the report and told them everything matched up with the info my importer got me, they said I was lucky cause that is rare lol.

Often they can find if a car has been in and out of auctions/sale and mileage doesn't match.
Click to expand...

Joined Aug 19, 2008
·
236 Posts
Agree with the inspection. They need to check for bondo. It's easier since you're there, you can go and inspect it yourself and get the service records. I wouldn't worry about the KMs so long as it's rust free and the interior is in good shape. I'd plan on replacing the suspension and probably some bushings at a minimum just due to age alone, so factor that into your budget.
C

Joined Aug 19, 2008
·
236 Posts
I've heard horror stories about cars imported from Japan that had bondo work and paint so good that you couldn't tell it was done. Importer isn't going to check, they've got a guy in Japan at the auction bidding on their behalf or they're doing it online and just using pictures provided.
The problem with it is the cars were priced as if they had no damage/repair work done when they should have been priced lower. You also don't know how much they used, and if they treated the area under it correctly before applying it. Could end up with a car that looks great, but is actually a rust bucket or full of holes because a guy tried to do it himself at home, and then the body shop cleaned it all up prior to the paint job right before auction.
A lot of older cars in Japan just sit, because it's more and more expensive to pass inspection every two years. If it was sitting in a DIY type of guy's place, you could be paying even more, because it's low mileage (kilometerage?).
I'm not a bodywork or paint guy, but I know that shit is expensive, and I'd hate to have dropped the money on a 'pristine' MKIV only to find out in a couple of years that chunks of bondo are falling off the car because of underlying rust.
Personally I prefer to actually see the car in person and inspect it before handing over an envelope full of cash.

Jaymaal904 said:
A buddy of mine on base is selling his RZ. Currently running around 800hp I believe. Last I saw he was asking 50k if you're interested..

Sent from my SM-G950U1 using Tapatalk
Click to expand...