When spicing up your sex life goes wrong...


LEXINGTON PARK, Md. - A Southern Maryland woman was seriously injured in a mishap involving a sex toy over the weekend. The case was first reported on BayNet.com, and Saint Mary's County Public Safety sources confirmed the information to WUSA in Washington, D.C.

The accident was reported to local fire and rescue personnel about 1:30 a.m. on March 7, from an address on Rogers Drive. The man who made the 911 call said he had placed a sex toy over a saber saw blade, and then used the power tool on his partner, but the blade cut through the plastic and injured the woman.

The victim, a 27-year-old woman, was reportedly injured and bleeding. She was later flown to Prince George's hospital center by Maryland State Police helicopter.

County law enforcement officials who were familiar with the media report about this case said, although they were not initially called to investigate the incident, they would likely follow up to determine it was just an accident and involved consensual behavior.


(Copyright WUSA*TV, All Rights Reserved.)
► Show Full Signature
"Do, or do not. There is no try."


Ball Bearing Supra said:
however through the power of the Internet magically there is always one person who has done the impossible..
Click to expand...

I have rare Supra matchbox limited models for sale.
PM me for details.

Joined Dec 30, 2002
·
4,625 Posts
Proof that humanity had circumvented natural selection. Our scientific development and advances in medicine have weakened the gene pool to the point of damn near failure.

I weep for the future.

No One Cares about Your SOLD Cars

There can only be one!

There can only be one!

altimasupra said:
"Hey buddy, could you throw a couple extra stitches in there?"
Click to expand...

BAHAHAHAHA
► Show Full Signature
Check out the new automotive podcast, Car-Jacked, created by myself, John79 and MyKarIsVicious Now on itunes!
http://itunes.apple.com/ca/podcast/car-jacked/id458493888
non itunes streaming
http://feeds.feedburner.com/car-jacked
blog
http://car-jacked.blogspot.com/
and twitter!
wearecarjacked
Please let us know what you think and rate us in iTunes!

Men Against Sneaky Ho's....... from ghetto skanks to high class white trash, no ho is safe!

"If one wants to get stronger, bigger and faster, one must lift with a barbell for maximum gains" -Jim Steel

Joined Nov 23, 2004
·
572 Posts
Dear lord. Sad thing is, these people can probably vote.
► Show Full Signature
Supraforums:
On tubal ligation: It's nice to know that Octo-mom can have as many welfare-sucking crotch droppings as she wants and women who DON'T want children have to fucking be patronized because we "might change our minds one day".

On gays: Never saw a dog walking around in drag waving a rainbow colored flag trying to throw dicks in people faces

On Women: Women are retards, nudes or ban.

NAACP: National Association for the Aggravation of Caucasion People.

most likely for this guy

► Show Full Signature
“WHEN THE PEOPLE FEAR THEIR GOVERNMENT, THERE IS TYRANNY. WHEN THE GOVERNMENT FEARS THE PEOPLE, THERE IS LIBERTY.”
Thomas Jefferson

Joined Mar 12, 2002
·
2,709 Posts
There was a report from a shop in the minneapolis area where a guy was working late at a wood shop, decided he wanted to see how hard he could squeeze his balls together with a wooden vice grip.

Needless to say he passed out from the pain and was found lying on top of a table saw with clamped balls the next morning. 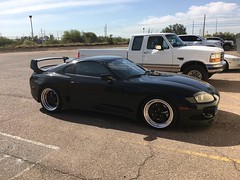